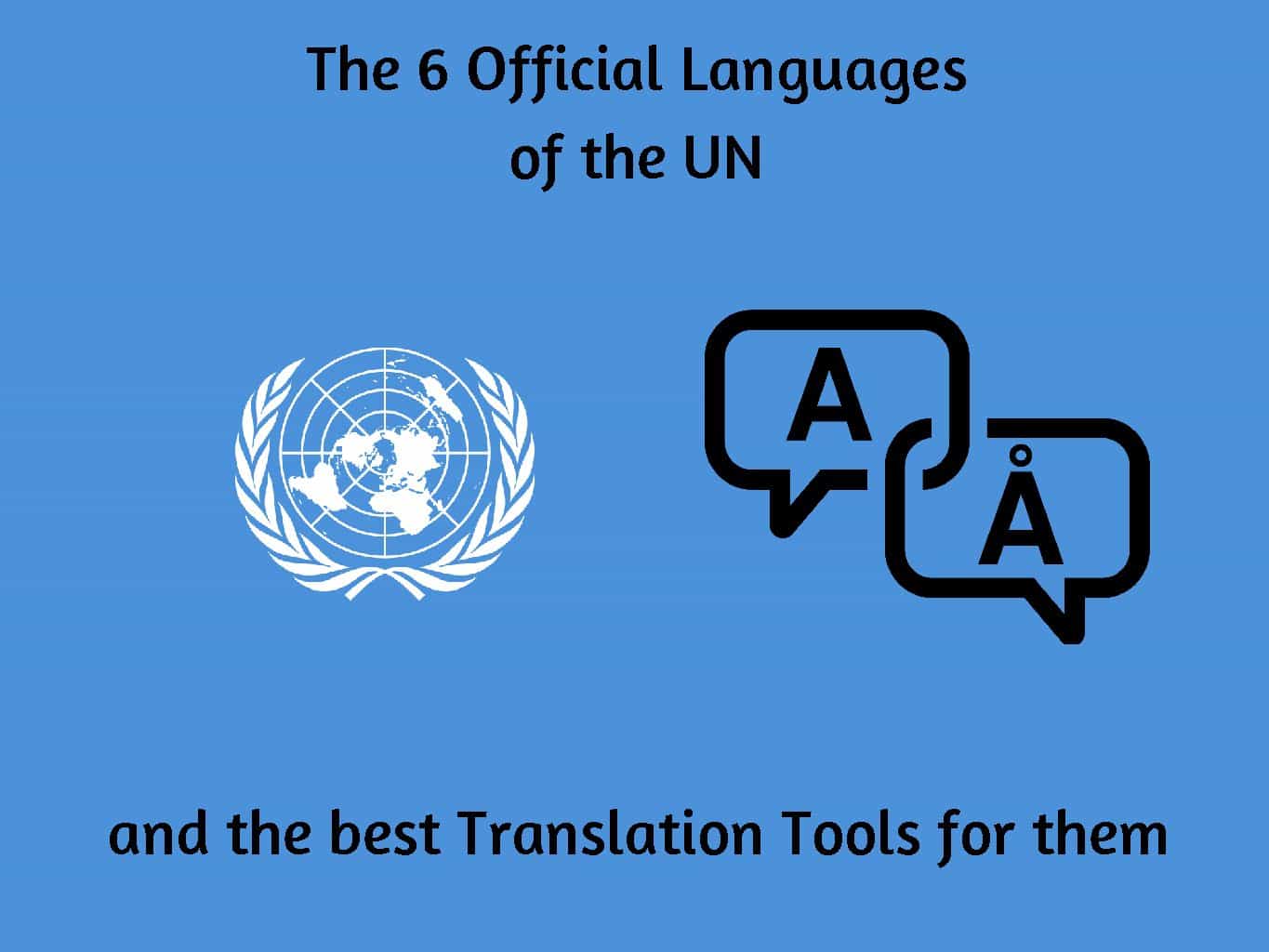 The 6 official UN languages and the best translation tools for them.

We all know the origins of the United Nations. Founded after World War II this international organisation’s goals were to replace its predecessor, The League of Nations and provide a platform for dialogue among its now 193 member nations. However, the current aims of the UN are to promote security and international law, protect human rights and push for economic development and social progress in its member. These 6 languages are used in UN meetings, and in which all official UN documents are written. The UN provides interpretation and translation into all of the six official languages These official languages are:

*English is an official language of both the UN and the EU. However, that might not be the case for much longer. This is due to the unforeseen consequences of Brexit.

With these languages having such an important role and status, we have decided to find and list the best free translation tools to use for each language.  Hiring a translator is not always an option. This list will help you narrow down your search when you need to translate to or from these official languages.

The translation tools to use

Speak and Translate – Spanish and French

Speak and Translate is a fascinating voice and text translation app. It is able to translate what you say into 54 languages. This app is a must have for globetrotting travellers. It makes communicating with locals not only an easy experience but a fun one too! This app can translate all 6 languages using speech-to-speech. However, judging from the reviews this app is particularly adept at translating Spanish and French. These two languages seem to be very popular on the app as a result. This app is available on both the App Store for free.

Of course, Google Translate would have to make it on to our list eventually. It is probably the most popular translation tool in the world. It can be difficult to translate Arabic despite Google’s reputation. Google Translate seems to be best suited to translating Arabic to English as opposed to the other way around. You simply select the source and target language and then type in your word or phrase to translate. To get accurate results, it is recommended that you use this tool on words or direct text. Of course, this translation tool is free. It is available for free on the App Store and Google Play store.

If you want to translate the other way around then you should consider changing translation tools. Babylon is definitely an app you should consider using. Amazingly, it has over 1,700 dictionaries, thesauri and encyclopedias and allows you to translate both full sentences and words. Additionally, it has a Guinness World Record for the most downloads of a software app. This app is free on the Google Play Store.

Waygo is a fantastic piece of technology. This app is able to translate Chinese characters and words. Almost all of Waygo`s core functionality can be used offline. This makes it a must have app for travellers. This feature also makes it especially useful for translation on the fly, in regions which have only very poor mobile internet connectivity. Waygo uses your phone’s camera to translate the Chinese characters into readable English. It is available for free on Android and IOS

This simple and free translation tool is one of the best in the Machine Translation category. SYSTRAN is more than just a word-to-word translator. It is able to preserve the meaning of the original text. This tool works in the same way that Google Translate does. Select your source and target language and input your text. It’s as simple as that.

iTranslate 10 is one of the best translation apps available today. It allows you to download language packs so you only have the translations of the languages that you care about. This application also has an offline mode. When enabled, it has text-based translations in eight common languages (English, Spanish, French, German, Italian, Russian, Portuguese, and Chinese). However, while using online mode, you have access to over 90 languages and voice-to-text translations. This app is available on Android and IOS.

An important process in today`s globalised world is translation. Hopefully, these translation tools and apps will make this important task a lot easier for you.