We have mentioned the importance of language many times on this blog. We have spoken about how the relationship between language and thought is so intricate and complex that you cannot conceivably have one without the other and we have also discussed how music and language are one in the same. However, in this blog we will discuss the threats facing language, the forces or social aspects of modern life that are a cause for concern for language as we know it. 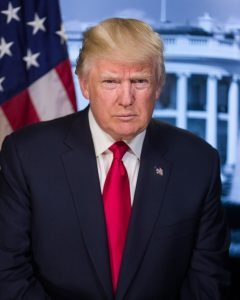 I thought I would start off with the most widely known modern threat. Donald Trump is rendering language meaningless! He is constantly contradicting himself and conjures up a reality that defies facts. Whether it’s his impulsive tweets or his incoherent, rambling off-the-cuff remarks, Donald Trump has changed the way language is perceived in the world today

The evidence is as clear as day. His tweets, rally speeches, interviews, and news conferences have been less like any sort of traditional political discourse than raw, unedited, stream-of-consciousness riffs that teeter on the edge of incoherence. It is in his unscripted remarks and blunt promises that we find, often embedded, small nuggets of verbal clarity. This is however, hidden amongst several words which are strung together in tortured syntax that is the bane of translators and transcribers. You know you are bad if translators can’t even do their job! Studies have variously ranked his speaking ability at an American third, fourth or sixth grade level. Observers have coined the term “word salad” in relation to Trump. In the case of foreign policy, this could have disastrous consequences. Eliot Cohen, a former official with the State Department in the George W. Bush administration has stated “It will have large consequences for our allies and our adversaries, and it’s going to greatly magnify the danger of miscalculation by all kinds of people.” This is a sober reminder that despite Trump’s cynical and irresponsible use of language, that words—and the precise use of words—do matter very much.

Every second week a language dies. This grave threat is not one many people would be aware of. This deterioration is due to speakers of the language passing away until, eventually, all that remains is a sole keeper of thousands of years of knowledge and culture. When that person dies, a civilisation dies with them. The earth is covered by the territories of some 200 independent states, but there are over 6000 languages. However, only one third of these languages are in constant use and most linguistics scholars agree that by the end of the 21st century around half of today’s languages will be gone. You can argue that books can preserve the knowledge but without someone without proper elocution, these words will quickly fall out of use. “It worries me that words are getting lost. Even to me it’s pretty hard since I have nobody to speak fluently with,” says Elizabeth Gravelle, an elder of the Ktunaxa tribe residing in south-western Canada. She is one of only a handful of fluent speakers of the Ktunaxa language, a language related to no other on earth. Gravelle has compiled a dictionary of the unique language, but even with comprehensive pronunciation guides the peculiar guttural and hissing sounds the language is full of pose a challenge. Despite the efforts of committed community members and the utilisation of modern technology, Ktunaxa remains on the list of highly endangered languages compiled by UNESCO, the United Nations Educational, Scientific and Cultural Organisation.

But there is hope. It is possible to resuscitate a language. The most prominent example of this is Hebrew. The Jewish tongue went from being a dead liturgical language, comparable to Latin, to the native language of millions of people. This process did not happen overnight however. With a great amount of effort and funds invested in education and awareness-raising, the language was revived over the course of a century.

This is probably the greatest threat facing language today. Research into the impact of technology on language learning has found that the growing use of English in social networking sites is creating a threat to the learning of other languages, of more formal English and even to learners’ first languages. This is due in large part to the fact that everything is abbreviated online. Proper syntax and grammar is never used and this is damaging children’s and teenager’s language skills.

Social media is also a hindrance for communication in general. Studies show that only 7% of communication is based on the written or verbal word. A whopping 93% is based on nonverbal body language. Indeed, it’s only when we can hear a tone of voice or look into someone’s eyes that we’re able to know when “I’m fine” doesn’t mean they’re fine at all! This means that although it is easier to communicate online, that doesn’t mean it is better or more accurate to do so.

While there are many threats facing language, it will not be completely overwritten. Communication is vital in any species, and language is what we have evolved to communicate with. The threats facing it may paint a picture of redundancy and illiteracy, but language will burst through this canvas. It is far too important to lose.