In the era of the mega communication on internet where more than 50% of the contents are displayed  in English and knowing 2 or 3 languages is enough to communicate all around the world, it seems legit to wonder if it’s really worth the trouble nowadays to preserve the existence of a language if the number of its native speakers is really small and always decreasing.

In this article, we would like to introduce you to five of the least spoken languages in the world that you could come across when you’re travelling. These languages all have their particularities and one common thing always comes out of them: they all have the beauty and mystery of a lost language.

So don’t lose time and pack your bags, we’re going on a journey around the world! 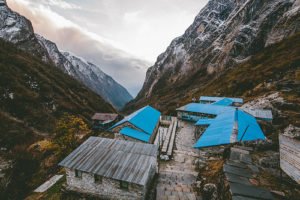 Let’s start our trip with Asia, in Nepal, by talking about Dumi language, spoken by more or less 7,000 people (the last census took place in 2011), none of them being monolingual, naturally.
This language belongs to the Sino-Tibetan family and it is often spoken alongside with Nepali, the official language of Nepal, in the Eastern regions of the country. Above all adults and elder people use it at work or among friends. Only a few families use Dumi with their children, because of the pressure made by the institutions to use Nepali in all contexts. Still some grammars and dictionaries exist, as well as a few magazines and some poetry books.

The structure of this language follows the SVO order (subject-verb-object). Nouns are not distinguished according to classes and genders while affixes are put at the end of verbs to mark person and number.

Its alphabet consists of 25 consonants and 14 vowels and it is based on a Northern Brahmic script called Deva (abbreviation of Devanagari), also used by over 120 spoken Indo-Aryan languages, including Hindi and Nepali and by some other South and South-East Asian languages, such as Bengali and Thai. This is the alphabet of Classical Sanskrit texts. It is written from left to right and the orthography normally reflects the pronunciation of the language.
Each letter represents a consonant and the inherent vowel whose sound can be modified putting diacritic signs above, below, on the right or on the left of it. 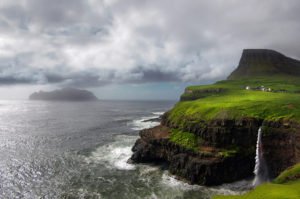 Now we leave Asia to Europe and precisely to the Faroe Islands (Denmark) where a North Germanic language, the Faroese, is spoken by 60,000 people. Although Faroe Islands belong to Denmark, Faroese is more similar to Icelandic and Norwegian. All these languages are well-known for being very conservative, and for this reason it is stated that they are still similar to Old Norse, for their grammar in particular.

The Faroese alphabet consists of 29 letters derived from the Latin script. The number of vowels is quite impressive: they are 26 in total.
Since it is an inflected language, it is possible to distinguish nouns according to their gender, number and case and verbs are conjugated.
During the 20th century, Danish government tried to impose the use of Danish on the Faroe Islands but their inhabitants were able to defend their roots and “saved” the Faroese.
Today the Faroese culture is still rich of traditions that find their expression in their language.
Here is an example of Faroese language:
“Hvussu gongur?” (very similar to the Icelandic “Hvernig gengur?”)-> “How is it going?” 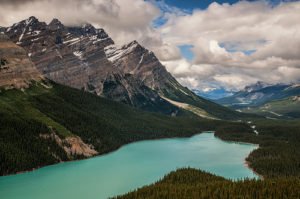 Our journey goes on with a flight from Europe to America to discover a small community of 170 people (according to 2011 census) living in the Alberta region in the West of Canada, and speaking the Sarcee language.

This language belongs to the Athabaskan indigenous language family located in North America, which includes also the famous Navajo group.

The Sarcee people are the descendants of American indigenous. They lived in contact with nature and believed in the possibility of achieving supernatural powers through dreams or medicine objects. Bravery and chastity were the two most appreciated values.
In the 19th century, their tribe counted 1400 members whose number was drastically reduced because of diseases and illnesses introduced by European colonizers.

Nowadays what is left of the Sarcee tribe is living in a reserve and above all the young generations are trying to take an active part to the modern society and to revive their traditional culture and lifestyle. 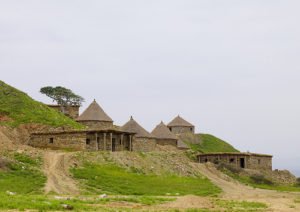 Next stop: Eritrea, Africa. Off the coast of Massawa, on the Red Sea, you can find three islands constituting the Dahlak Archipelago where nearly 2,500 people (according to 2012 census) speak the Dahalik language.
Dahalik belongs to the Semitic branch of the Afro-Asiatic languages, the same one of Jewish and Arabic. Although originally not so similar to any of them, Arabic influences are so clearly visible that some people consider Dahalik as an Arabic dialect. European languages and  Italian in particular played an important role too, especially in terms of vocabulary.

The alphabet consists of 24 consonants and 6 vowels. Dahalik is a SOV (subject-object-verb) language, nouns can be distinguished according to gender and number while the verbal system is very complex.

The peculiarity of this language is that no written texts exist: all traditions and poems are transmitted orally. Moreover, it does not belong to the nine official languages of Eritrea because at the time of independence, nobody knew its existence. Nowadays some linguists are working to a Dahalik dictionary and the local authorities are pushing to introduce the language at school too, where at present all subjects are taught in Arabic.

Here are some examples of Dahalik words: 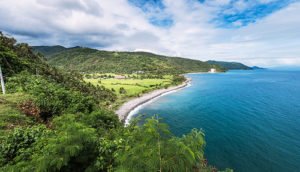 Our journey ends in the Tiwi Islands, near the coast of Northern Australia. Its 2,579 inhabitants (2011 census) speak the homonymous Aboriginal language called Tiwi.

Tiwi has the peculiarity to be an isolated language not belonging to any language family in the world. However it presents some analogies with the other Australian Aboriginal languages, especially in the number, type and pronunciation of consonants.

Tiwi is a polysynthetic language, this means that nouns are used to create composite constructions, for example with verbs, and sometimes an entire sentence can be expressed in a single morphological and phonological word, like Turkish. Moreover, incorporated forms usually differ from free forms resulting in a rich variety of ways to refer to the same object.

The verbal system is very complex while names are distinguished according to gender, number, human and non-human classes. Funny is the fact that gender is assigned to inanimate objects on the basis of shape so that things that are thin, small and straight belong to the masculine gender while things that are large, round and ample belong to the feminine.

Nowadays Tiwi is undergoing changes to its structure due to the influence of English and to the need of simplification felt by new generations. These changes have affected above all verb morphology. By reducing the complexity of verbs, Tiwi is becoming more and more an isolated language. At the same time these changes are helping the language to survive and to be spoken by young people.

An example of Traditional Tiwi sentence:

“jinuatəməniŋilipaŋəmat̪at̪umaŋələpiaŋkin̪a” -> “he came and stole my wild honey this morning while I was asleep”.

We hope that you enjoyed this little linguistic trip and that you learned a lot.
Naturally these five languages are just a few among many others and sometimes the struggle to keep them alive is really hard for the natives. Admittedly it is difficult to fight the reign of big languages such as English, Chinese, Spanish, etc., and let’s face the truth, some languages are destined to disappear in the few coming decades.
However we should all take the time to discover them, their histories and peculiarities, as a last tribute or, on a more optimistic point of view, as a way to perhaps save them.