The “Hows” of Globalization

“The process by which businesses or other organizations develop international influence or start operating on an international scale”. This definition from the Oxford Dictionary only underlines the emerged part of the iceberg. In fact, we can see that life became easier with globalization – not only for businesses but for individuals too – thanks to the development of modes of transport, technology, the more and more extended use of english language, etc.

So in this article, we are dealing with a more global perspective and try to see what are the positive changes that globalization brought to our lives.

How it was before 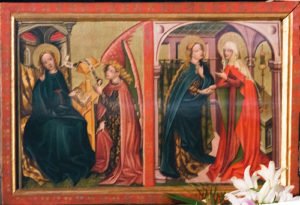 Let’s take the time to jump back in time to when the nobles were still wearing wigs and the ladies corsets, a time when even leaving your house to visit the market in the neighbouring village was considered a big event. More precisely, a time when horses and chariots were the most common means of transportation and the time for a letter to arrive at its recipient would be weeks or even months. Yes, let’s jump back to the Middle Ages.

At that time, leaving the country was unthinkable for most people and travelling was regarded as being something unpleasant, exhausting and dangerous; these arguments were not that far fetched, since back then the means of transport were far less comfortable than today – not to say completely awful -, consisting in wooden structures mainly conducted by horses, making the travels incredibly long and painful for the back (among many other inconveniences). What’s more the roads and pathways were full of outlaws and criminals ready to rob you (or worse), you had to be very careful…

How it is now 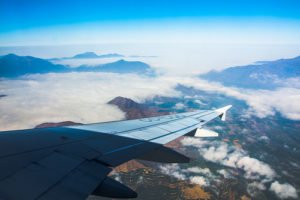 Now when looking at the present time, we can say that we are truly lucky. Not only can we enjoy the pleasure of travelling comfortably, but we can also communicate much faster, get to our destination more quickly and by far safer. Travelling has become one of the most popular spare time activities, we can now book a plane in a few clicks and be on the other side of the world on the next day.

The reason? Well, there is not only one reason, but numerous. Certainly, people earn far more nowadays and thus afford such a mobility, but there is one crucial factor that changed mankind. After the Second World War, travelling experienced a real boom. People have become curious about what was outside of their usual surrounding. Therefore, they left their home country to explore the world on a big scale. In Europe it was especially southern countries like Italy, Spain or Greece that saw crowds of tourists rushing in and out. Tourism became an important economic sector. Together with the renewed curiosity about travelling, people have discovered their interest for languages too. 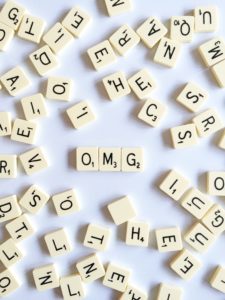 Over the years, English has become the most important language in the world. Business was keeping thriving and the United States of America dominated the world of economics for a long period of time. Ever since the global network has continuously expanded.

While in former times we used to buy only local and seasonal products, we now have a great choice of products from all over the world at any time of the year. Everywhere around the globe, new trade hubs have emerged, turning economically neglected areas, especially in China and South East Asia, into crucial trade hubs for goods and financial services. 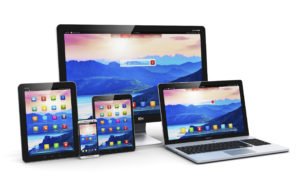 Not to forget that the internet has turned the world into the size of a village. With only one click on the computer or even one touch onto the screen of your smartphone you enter the virtual world which instantly connects you to any place you can only think of. Booking flights, buying food or goods, writing e-mails, buying and selling shares, the internet enables you to do almost anything comfortably from home. Theoretically, you wouldn’t even have to leave your house anymore. With the recent hype of social networking, business experienced a complete upheaval once again. One click is enough and all your friends can see what you like or not; even businesses can expand their range of potential customers by posting adverts and see in which countries or areas of the world their products or services are popular.

The globalisation and the industry of translation

The globalisation has had brought many changes in the field of translation through the last years, as many businesses found out that they need their website to be translated in order to reach clients beyond the frontiers of their home-country.
In this field, a new service is born: LOCALISATION.
Localisation is a process of adaptation of the product, service or software to the needs and conditions on the target market.
It means not only translate content, but also make it appealing for foreign customers, creating content that can cross every cultural and linguistic barrier.
Localisation allows the company to adapt the product, service or software to the local or regional market. It also includes making it consistent with the culture, units of measure, money, time zones and preferences of the community to which you address.
In today’s globalised world it has become vital for businesses and enterprises to request this services in order to survive to a global concurrence and get in touch with customers from all over the world.

If you want to no more about Localisation, and how useful it would be to your Business, check out our ebook, and you will be amazed”!

Travelling, business, internet and languages. All those factors have contributed in making the world much smaller than it used to be. Unfortunately globalization can also be seen as dangerous, mostly for shops and SMBs. Worldwide company such as Amazon are killing Small and Medium size Businesses and national economies slowly but surely.

So what is your opinion about it? How do you perceive the world of today and the changes that everyone is witnessing? Feel free to leave a comment and share your thoughts with us.

What are the positive changes that globalisation