Say it in Neapolitan!

Say it in Neapolitan!

Neapolitan or Napolitano is the language of most of the southern continental Italy, including the city of Naples. It is not named after the city, but after the Kingdom of Naples, which once covered most of this area and of which Naples was the capital. On October 14, 2008 a law by the Region of Campania stated that the Neapolitan language was to be protected. Neapolitan has had a significant influence on the intonation of Rioplatense Spanish, of the Buenos Aires region of Argentina, and the whole of Uruguay.
In fact, we can affirm that in Italy there are more or less 21 dialects, but the Neapolitan goes out this kind of classification because recognized as a true language. The demonstration of the different linguistic status of this language can be the many songs that have been written in Neapolitan, the movies (a great example is Totò that has been the funniest Neapolitan actor), but what is more interesting about this language is, for sure, the wide range of proverbs that have a very deep meaning, sometimes difficult to be translated in Italian too. 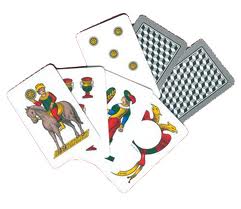 However, we can try to do the literal translation of some of the most widespread common proverbs and arrange an explanation to make you understand the meaning and the deep sense of these associations of words.

The first one is a proverb that is used often by a very disappointed person: “A carn ‘a sotto e’ maccarune ‘ncoppa”– “Meats under and macaroni on the top”. A way to say when someone is wrong and is right seems, on the contrary, to be wrong. As to specify that in a certain situation there is something that doesn’t work well, that is unusual, out the normality because it is clear…the meat must be always served over the macaroni!

Another important proverb is “A cervella è ‘na sfoglia ‘e cipolle” – “The brain is the peel of the onion”. The expression means that the human mind is delicate and flaky as the external peel of the onion. A way to say that somebody can go mad easily in fact it is very used by the Neapolitan mothers to threaten their sons when they are doing something wrong, making them understand that she can hit them at any moment….

“Acqua cheta fà pantan e fet” – “Stagnating water becomes quagmire and stink” It is a symbolical way to mean that we shouldn’t trust in quiet people. Every one of us has grown up between a lot of teenagers and we have learnt that at school when you were punished the blame wasn’t in the more energetic guys (as you expected) but always in that little hard worker pupil that, even if always silent, he was always ready to warn the teacher if you did something wrong!

A very funny proverb is ‘A gallina fa ll’ove, e a’ ‘o gallo l’abbruccia ‘o mazz” – “The hen makes the egg and to the cock the ass becomes sore” …yes it can seems a bit vulgar but it represents the reality most of the time, above all for the women: how many times it happens that after cleaning all the house, cooking, looking after the children, ironing, etc. your husband come back at home after a friendly football match and lying on the couch tell you “ I’m so tired” ..well, now you have the perfect answer!

Another proverb that is related to the women world is “Chi bell’ vo paré mal’ adda paté” – “who wants to be good-looking must suffer” …Probably this saying doesn’t refer to attractive people but who needs esthetical treatment, diet or anything else able to make better her/his aspect. Every woman can understand what means when the moment of the depilatory wax comes!

“Chi tarde arriva male alloggia” – “who is late will stay uncomfortable” Another piece of wisdom. It often happens that being late we have to satisfy ourselves with what we found…so never be late to a party if you don’t want to remain hungry!

“Quanno ‘o diavulo t’accarezza, tant vo’ ll’anema” – “When the devil cares for you it’s because he wants your soul”. Another very common aphorism to mean that someone does something only for a precise purpose. Just to reach his aim a person can pretend to be kind or take care of you. All parents know very well that when their sons are doing something too good and hug them too much it isn’t only because they love them, but, surely, there will be another deeper reason…maybe a party they want to be allowed to go!

“Scarte frusc’ e pigl’ primmere”– “Impossible to translate”. It mentions a popular playing card (Neapolitan cards) where “frusc” is for a card with few value while “primmere” for a card with no value. So it refers to a situation in which you’re not so well but it happens something that will make it worse!

“Tien ‘a capa sulo pe spartere ‘e rrecchje” – “Your head only needs to separate your ears”. This is a very bad and rude way to tell someone that he is really stupid, a way to tell him that his brain is useless and its only purpose is to be between the ears! However, used with your friend when he does something stupid it can be considered a funny way to advise him to be more careful! 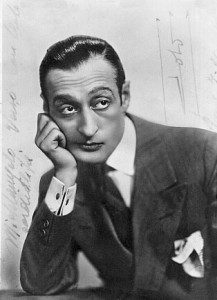