What Is Your Ideal Artificial Language?

Artificial languages are languages whose phonology, grammar and vocabulary have been entirely created by an individual or a group of people instead of having naturally evolved over time in a civilisation.
But why would people invent a new language? Will you ask?

There are more reasons than we expect. These mainly include the desire to facilitate human communication, to bring a constructed world to life, but also the taste for linguistic experimentation, artistic creation and language games.

Perhaps, all over the world a language that could be easily understood is what you are dreaming of. A language, which goes beyond all borders and lets people communicate freely? Well, you are not the first one to have such an interest. Indeed the list of languages created on this purpose is quite long and include all the so-called “international auxiliary languages”.

You probably have already heard about Esperanto, Ido, Interlingua or Volapük. In the hope of making communication worldwide easier these are the most popular artificial languages. In this article, you are going to find everything you need to pick up Your Ideal Artificial Language between the 4 more commons. 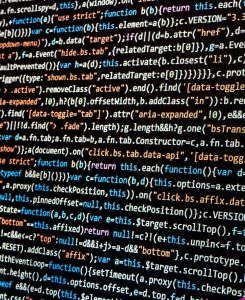 It is the most widely spoken constructed language in the world. Its name derives from Doktoro Esperanto. Physician and linguist L.L. Zamenhof published the first book about Esperanto on July 26th,1887. In a literal sense the word Esperanto means “the one who hopes”. Zamenhof’s goal was to invent an easy-to-learn, politically neutral language as a mean of peace and understanding among people.

Today almost 10,000,000 people worldwide speak Esperanto. This  includes about 1,000 native speakers, spread within 120 different nations and above all in Europe, South America and East Asia. There are more than 25,000 Esperanto books, both originals and translations, as well as songs based on Esperanto lyrics. Films, TV Shows and video games used Esperanto to some extent.

It is another international auxiliary language designed to be grammatical, orthographically and lexicographically regular. This allows it to be be easy to learn and use. Ido was created in 1907 out of a desire to reform Esperanto. In fact, its name comes from the Esperanto word “ido”, meaning “offspring”, “descendant”.

Ido uses the same 26 letters as Latin alphabet, without diacritics. It draws its vocabulary from French, Italian, Spanish, English, German and Russian. It is largely intelligible to those who have studied Esperanto. Several works have been translated into Ido, including The Little Prince and part of the New Testament. Unfortunately, the emerging of schisms around different reform projects caused the decline of this language. It currently counts only 100-200 speakers in the world.

The International Auxiliary Language Association (IALA) developed another widely used international auxiliary language between 1937 and 1952. Like Esperanto and Ido, it combines a simple, mostly regular grammar with a vocabulary common to as many languages as possible. In this way, Interlingua is comprehensible to hundreds of millions of people, mainly Romance language speakers.

At present governments, private companies and individuals use this language in education, travels, online publishing and communication across language barriers. Many national organisations published several books and periodicals. Interlingua has active speakers on all continents. Especially in South America and in Eastern and Northern Europe, most notably Scandinavia, Russia and Ukraine. In Africa, it has official representation in the Republic of Congo. Television, music, radio and anime all have samples of this language in the last few years.

Interestingly many high schools and universities have Interlingua taught to them. Sometimes as a means of teaching other languages quickly or introducing international vocabulary. An example of this is the University of Granada, in Spain. 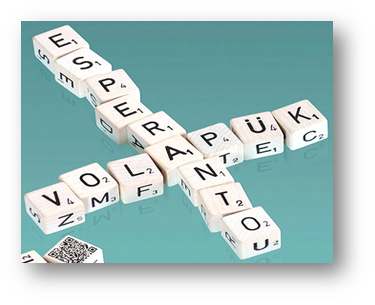 The language constructed is the last one. It succeeded in become quite popular. Johann Martin Schleyer, a Roman Catholic priest in Baden, Germany, created it in 1879-1880. After some conferences, in 1889 there were about 283 clubs, 25 periodicals and 316 textbooks in 25 languages with nearly a million adherents.

Schleyer adapted the vocabulary mostly from English, adding some words from German and French. The grammar is based on that of typical European languages, but with the use of inflexions. A majority of Volapük words were modified by Schleyer and he was criticised because they were losing there ties to the language they came from.  So as not to ease native speakers of one language or another these alterations were probably made on purpose.

Volapük was largely displaced in the late 19th and early 20th centuries by Esperanto and Ido which were actually created starting from Schleyer’s example.

So, did you make your mind up? Hopefully now we have made you more interested in worldwide communication after reading this article. Artificial languages are great for they create new bonds between people, looking for an optimal communication. Speaking such a language is like being an inhabitant of the Babel tower, don’t you think?

So why not grab at the opportunity and begin to learn one of the languages we have given to you? Take the challenge with whichever international auxiliary language and have fun! Let us know in the comments below which one you have chosen 🙂