How the World has Gone Global

Let’s just jump back in time to when the nobles were still wearing wigs and the ladies corsets, a time when even leaving your house to visit the market in the neighbouring village was considered a big event. More precisely, a time when horses and chariots were the most common means of transportation and the time for a letter to arrive at its recipient would be weeks or even months. Leaving the country was unthinkable for most people and travelling was regarded as being something unpleasant, exhausting and dangerous. These arguments were not that far fetched, since back then the roads and pathways were full of outlaws and criminals. 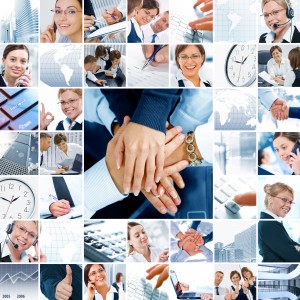 Looking at the present, however, we can say that we are truly lucky. Not only can we enjoy the pleasure of travelling, but we can also communicate much faster, we can get to our destination more quickly and by far safer. Travelling has become one of the most popular spare time activities.

The reason? Well, there is not only one reason, but numerous. Certainly, people earn far more nowadays but there is one crucial factor that changed mankind. After the Second World War, travelling experienced a real boom. People have become curious of what was outside of their usual surrounding. Therefore, they left their home country to explore the world. In Europe it were especially southern countries like Italy, Spain or Greece that saw crowds of tourists rushing in and out. Tourism became an important economic sector. Together with the renewed curiosity about travelling, people have discovered their interest for languages too.

Over the years, English has become the most important language in the world. Business was thriving and the United States of America dominated the world of economics for a long period of time. Ever since the global network has continuously expanded.
While in former times we used to buy only local and seasonal products, we now have the great choice of products from all over the world at any time of the year. Everywhere around the globe, new trade hubs have emerged, turning economically neglected areas, especially in China and South East Asia, into crucial trade hubs for goods and financial services.

Not to forget that the internet has turned the world into the size of a village. With only one click on the computer or even one touch onto the screen of your smartphone you enter the virtual world which instantly connects you to any place you can only think of. Booking flights, buying food or goods, writing e-mails, buying and selling shares, the internet enables you to do almost anything comfortably from home. Theoretically, you wouldn’t even have to leave your house anymore. With the recent hype of social networking, business experienced a complete upheaval once again. One click is enough and all your friends can see what you like or not; even businesses can expand their range of potential customers by posting adverts and see in which countries or areas of the world their products or services are popular.
Travelling, business, internet and languages. All those factors have contributed to making the world much smaller than it used to be. What do you think about that? How do you perceive the world of today and the changes that everyone is witnessing? Feel free to leave a comment and share your thoughts with us.
Thank you!