In-House to International: A Brief History of Localisation

Where it all began.

Localisation (or L10n) first began in the 1980s when American software giants started expanding their operations globally. As computer software became a regular tool for office users, the need for language-friendly features and interface became necessary in order to increase efficiency. The process then was that development teams turned over the software code and source files to the localisation team. This was not a good approach to the problem as they faced two problems. The first being that it was difficult to find the translatable text in the software code. The second was the back-and-forth between development and localisation teams for updates and version management. The solution came in the form of internationalisation, which was, at the time, characterised by three features. It featured support for international natural language character sets and separation of the software code from location-specific features. It also added features or functionality targeted to specific markets.

In the beginning, larger companies such as Oracle and Microsoft sourced their localisation internally by transferring the task to their teams in Europe. As the technology sector began to thrive, localisation departments swelled and became unsustainable. Localisation experts also faced the problem of a steep learning curve. Companies soon came to realize that outsourcing localisation to third-party providers was more practical and sustainable. Fortunately, translation services had already started making an appearance in the 80s, and the first to get there was INK.

INK was a European service that provided desktop publishing, localisation engineering, project management and multi-lingual support. INK also developed desktop translation support tools called TextTools for translators which was the first of its kind. In 1987, TRADOS  launched Translation Editor (TED), a plug-in for TextTools. They then followed it up with a workbench translation memory product. However, the capability of TM technology was limited to text files and there wasn’t yet a commercially available localisation product for user interfaces.

Wheels of the localisation industry set into motion – 1990s

By the 90s, the localisation industry was making its presence known. Software publishers realised that there was better value in outsourcing localisation to full-service providers. They naturally started to support the growth and proliferation of the industry. This then led to a series of mergers, acquisitions and a consolidation to beat the competition. A popular strategy at the time was the outsourcing of projects to single-language vendors. The single-language vendors either had on-site translators or worked with contractors.

The evolution of the internet initiated the development of globalization management systems (GMS) that automated the localisation process, seemingly making the translation of multi-lingual websites easier and more convenient. Still, the overriding attitude was that software localisation worked best when handled by a dedicated team of specialists with traditional expertise like the team at Translit. 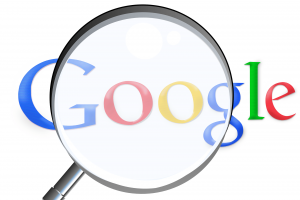 Today, translation management systems are the main way to localise your content. They are designed to enable localisation and translation for all stakeholders, from translators, localizers and vendors to clients and partners. A web browser or app conveniently accomplishes the translation workflow. The process is transparent, collaborative with full visibility into tasks, schedules and projects. There is a consensus that localisation is steadily moving upstream into content marketing, which is a natural development in a world of self-publishing and global content strategies.

Localisation has evolved along with the business’ and technology involved with it. It has come from a small in – house process to an imperative business strategy and marketplace in its own right. Localisation is the key factor in introducing your business to the global market.