What the Heck is Speakear Spanglish?

Due to the migration of Spanish speakers to the United States of America, the latter became the country with the biggest Spanish speakers community just after Mexico (even more than Spain itself!).

As communities from Central America, South America and Spain populated the USA during these last decades, Spanish became the second most spoken language in almost every states. The direct consequence was the adaptation of Spanish to every-day situations given in the USA. Furthermore, thanks to globalisation and the creation of new concepts arisen from the latest scientific and technological progress, speakers needed to name these new concepts, most of them created from an English speaker environment.

Thus, we can find a lot of loans directly coming from English in current Spanish such as crowd-funding, marketing, aftershave, leasing, item, software, hardware, bacon, backstage, roaming, surf, and this is just a bunch of examples. There are terms adapted to Spanish like fútbol (football) or mitin (meeting), but Spanish speakers even create words by emulating English such as puenting (bungee jumping) or footing (jogging) adding the –ing ending and giving them an English-like sound.

Given all of these facts, it is not difficult to imagine that the creation of new words combining Spanish and English words and grammatical endings is as easy as common. As Spanish is a language very poor in sounds (only 5 vowel sounds) compared to English (12 vowel sounds); Spanish speakers tend to adapt sounds they cannot pronounce properly into Spanish similar ones. A good example is chopear, that comes from shop (as sound sh does not exist in Spanish, many speakers will change it for ch or simply s) plus the most common ending for verbs in Spanish (-ear). Chopear means, literally, to go shopping. And we can find more examples like parquear (to park), escanear (to scan) or estalkear (to stalk). Note that the initial e is often required as, paradoxically, no Spanish word starts with a simple vowel, only loans from other languages. 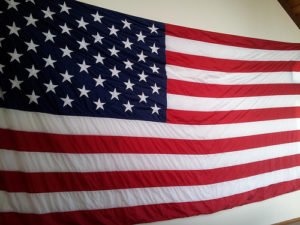 However this is not only happening with Spanish. We can find many other languages such as Greeklish or Frenglish for instance.

Though speakers are starting to replace pre-existing words in their languages by English ones, nobody can deny that this is the natural evolution of the language of Spanish speaking communities in the USA (and even Spanish speakers all around the world).