Five reasons why Catalan and Spanish language are different.

Being a part of a country doesn’t necessarily mean to feel part of it. This seems to be what is happening in Spain…well, in Catalonia precisely, just not to upset anyone! Catalonia, in fact, has an ancient and complicated history. What has recently happened about the referendum for the independence was just the last straw. The last straw because many people in the Catalan region don’t feel as Spanish.
But, how is it possible? Don’t they live in the same country? Don’t they speak the same language? There is no categorical answer to this question. 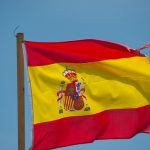 Let’s try to figure this out. Yes, Catalonia is a region, that means a part of Spain, but during centuries it has had various degrees of independence. No, they don’t speak the same language, or rather, that is just partially true. In Catalonia, there are two official languages: Catalan and Spanish. For a foreigner’s ear these two languages can seem very similar, but actually, they are not. To understand what is happening in Spain, we must first understand the deep cultural and linguistic differences that cross this region. It seems that the factor of language is a good starting point.
Anyway, you are not going to read a theory of semiotics to trace the origins of both languages. Here are just ten curious facts to clarify the difference between the two languages and to enjoy the history of idioms.
Let’s start:

From the first point it would seem that a theory of linguistics is starting but don’t be afraid, it is just to give some general information about the Spanish and Catalan language. The Catalan language has many similarities with French and Italian lexicon and grammar. It has been derived from French, Spanish, Latin and Italian. This is why they call it a Romance language.

An elderly Catalan may not be able to have a conversation with a Spanish person due to a slight difference in language. A person who was born and raised in Catalonia, especially if members of the middle and high class are used to talking more Catalan than Spanish. For a Spanish person it is quite impossible to understand Catalan as well as understand French. That’s why Catalan has reached the status of the language.

Many people keep thinking about languages such as Catalan as dialects so as residual languages, but this is not our case. The main language conducted in school classes in most parts of Spain is Spanish. Most universities and every level of school in Catalonia have Catalan as their main language.

Francisco Franco`s dictatorship from 1939 till 1975 caused further separation between the Catalan and Spanish.  During that period the dictator removed the autonomy of the region banishing the use of Catalan all over Spain.

Sometimes the Catalan lexicon is more similar to Italian or French rather than Spanish. So that if a person from Madrid knows one of those languages, is facilitated incomprehension of Catalan. Below, a brief list of words compared in many languages to notice the similitude’s. The languages chosen are Spanish, Catalan, Italian, and English.

The comparison is useful to notice that there are loads of similarities between the Italian and Catalan language. Sometimes the similarities are more than the ones between Catalan and Spanish. Instead of doing the experiment in Italian you could do it in French.

These five examples are used to demonstrate that the language is spoken in Barcelona and all over Catalonia. It is to show that it is an actual language and not just a dialect. That it is not just a representative of a minority but it is widely spread. The importance of Catalan for it`s speakers and whole country is immense. We can say that there are two identities, two souls and that every culture must be respected. Not just in Barcelona or Madrid, but all over the world.

The language is not only an essential part of our culture but a considerable part of our identity as well. It is found that word is related to our thought process and interpretation of reality. If you would like to find out more about the relationship between language and thought, you can read it here.
However, the referendum will go, it is essential to shelter the cultural differences that cross the countries. Those differences are an essential value to respect to avoid new episodes like the Francoism in Spain.