Body language and gestures across the world

Are you studying foreign languages? Do you work in an international context? Are you travelling in a foreign country? Do you know the body language and gestures for different cultures around the world?

All these gestures can be different and interpreted differently from one country to another. In order to avoid misunderstandings that can lead you to embarrassing situations, it is good to know what a specific sign means in another culture or at least to be aware that people can interpret it in a different way.

In many countries such as in the USA, Australia or UK and in Western Europe, looking someone in the eyes during a conversation for example shows your respect for the speaker. It reflects that the person is interested and engaged in what is said. But on the contrary, in other cultures in Asia, eye contact is considered as not polite and it can be disrespectful. 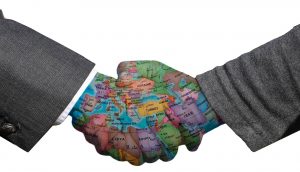 There are many different ways of interpreting a handshake. In politics for example this gesture has a deeper meaning than just greeting someone. Different methods of giving a handshake exist. It can be fast such as in France or much longer such as in China or in some Arabic countries. The strength put into the gesture is another important aspect. A “firm handshake” corresponds to the typical handshake showing confidence. A “bone crusher” means that the person tries to crush the hand of the other person. A “finger handshake”: the person catches only the fingers of the other person’s hand. Lastly a “dead fish” corresponds to an indifferent and passive handshake.

People and their cultures interpret all these ways to give a handshake in different ways. In Japan a “firm handshake” is interpreted as a “bone crusher” where as in the United States it`s seen as polite.

In most Asian countries, avoid looking at people in the eyes while you give a handshake, as it is considered impolite.

Everyone has a physical space. It corresponds to a space that we need around us to feel safe and where any threat to our “personal bubble” would make us uncomfortable. In the USA, it is more important for people to preserve their “vital space” and to have a certain distance between each other during a conversation. It`s considered normal in Brazil and Southern Europe to talk close to each other and touch each other while talking. What can be a violation of the personal space in one country can simply be a sign of friendliness in another culture.

Some hand and finger signals can also have a different meaning according from where you come from. Here are some interpreting differences of signs from one culture to another.

Many South American countries especially in Brazil consider the gesture with the thumb and index finger forming a circle with the hand raised as vulgar. As a side note, while Richard Nixon was visiting Rio de Janeiro, he did the “OK” sign in front of a crowd, who responded to him with boos!

In the USA and during rock festivals and concerts this sign is frequently used.  But, in many Mediterranean and Latin countries, such as Argentina, Brazil, Colombia, Cuba, Spain, Italy and Portugal, making this sign at someone is a way to tell them that their spouse is cheating on him/her. 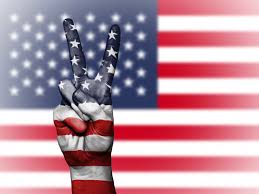 In the United States, this gesture means “victory” and “peace”. Activists in favour of peace developed this against the Vietnam War. However this gesture can be extremely insulting in other places such as the UK, Australia and South Africa when the back of the hand is facing the other person.

The sign considered as a “No” in parts of Europe and Latin America is a flat hand waving.

In Australia, UK, USA or Canada and in some Europeans countries, it means that you wish good luck to someone else. On the contrary, in Vietnam, they consider that it resembles to female genitals, considered as obscene.

The thumb in a fist

In Australia, UK or Canada, it is a common playful gesture by adults towards children pretending to have stolen their noises. This hand and finger signal is interpreted as both rude and aggressive in Turkey.

In many countries, nodding your head means generally that you approve something as a “Yes”. But for Bulgarians and Greeks for example it means exactly the contrary, it has a negative signification.

To conclude, these examples show cultural differences in terms of the interpretation of nonverbal communication. The difficulty with this exercise is that is not a mathematical truth, it works on a case by case basis. Each person is different and interprets signs and gestures according to his/her culture but also according his/her personal experience. So, the best thing to do is to stay open-minded and curious about other cultures. Others can interpret your actions differently even if you think they are “normal”.