Bilingual – The benefits of being one

In 2016, according to a survey from the Journal.ie, more than three-quarters of Irish people cannot speak a foreign language. This is in comparison to Luxembourg only 1.1%, Austrian 21.9% or Italian 40.1%. In an international context, being bilingual is really helpful in many situations on a daily life basis. The communication becomes much easier. If you are lost, you can ask your way. You can order your meal by yourself. It allows you to save your energy and time with better results. But, what if speaking another was more than that? Can the benefits of being bilingual be more complex than only the improvement of the communication?

According to the neuropsychologist Rubin Abutalebi from the University of San Raffaele in Milan, it`s possible to make a difference between a brain from a monolingual and a bilingual person. They can do this by taking a scan. In fact, bilingual people often use a specific part of their cortex. It is more solicited and more developed in comparison to monolingual persons.

Bilingual people are better learners. They store plenty of information in their memories. They use this information regularly, so learning new things becomes easier for them. As they repeat it more often, they have generally fewer difficulties to memorise new information.

According to a survey from the University of Kentucky College of MedicineBeing, being bilingual will boost your memory. They call part of their brain more often. They do this as they have to learn vocabulary or expressions. Then they memorise this knowledge. The most important thing is that they use these skills on a regular basis. This allows them to often train their memory. It also allows them to boost it. The memory works as a muscle. The more you train it the more it is performant.

Bilingual people are able to switch from one language to another. This “mental gymnasium” which corresponds to a simultaneous exercise for the brain is a common exercise for them. A survey has revealed that they are great multitaskers. As they practise this activity, they become better multitaskers.  They can do several tasks at the same time.

Speaking another language increases creativity. They know more about another culture and their vocabulary. They can describe a phenomenon difficult to explain in another language or particular elements specific to one culture. This helps them to develop their creativity.

When you learn a new language, you will face misunderstanding or embarrassing situations. The main objective is to make it clearer. Sometimes to be understood by the others, they will find ingenious ways to do it. They do this by trying to transcribe an idea from one language to another as clear as possible. That is why bilingual people are better problem solvers. They are also used to facing problematic situations and deal with them.

It also improves their critical thinking. In fact, they generally have more points of comparison. This means they can look at the fact from different points of view. They can also look at it from a different angle. They are probably more aware about how things work in another culture. In this way they can more easily take a step back and be more critical in regards to the situation. 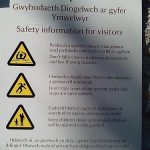 Being bilingual is an advantage and a plus on your résumé. It will make you more competitive for employers. At the time of the globalisation, many companies are working in an international context. They are selling products abroad. Some of them have part of their production located in another country. A bilingual person generally gets more job opportunities. Many fields such as travel, tourism, healthcare and journalism are often looking for bilingual people.  They will also get more career perspectives. This means they can more easily decide to go to work in one country or another. They have fewer restrictions and at the same time get more opportunities. Plus, their work is higher valued. Due to this they generally get a better wage. According to Salary.com, bilingual people are paid on average 5-20% more per hour.

Being bilingual also has health benefits. According to a survey conducted by the University of Kentucky College of Medicine, being bilingual will prevent Alzheimer’s. It will help people to improve their memory. They also pay more attention to shift and sort colours and shapes. This makes their brains more efficient.

Being bilingual will reduce stress. In fact, people are used to facing new situations and deal with it. They are less afraid to ask people to get information or to be confronted with something new.

According to a survey conducted by University of Edinburgh in the UK, bilingual people are twice as likely to recover from a stroke. This is in comparison to monolingual people. The cognitive benefits of speaking another language could protect the brain against serious damage.  It appears that the fact of switching from one language to another will create a “cognitive reserve”. This will improve their ability to recover.

Speaking another language encourages travels. It raises the chances of meeting new people and to get more social opportunities. Learning another language is being curious and open-minded about the other cultures. This reduces the fear of going into another country. As well as improving the understanding of others. It also makes your experience abroad more interesting. They can be totally immersed in another culture having real discussions with locals.

It means also going out from their comfort zone. You will probably face difficult situations. You will also make mistakes and sometimes feel “stupid” about it. It will be an opportunity to learn from it. You don’t have to fear these situations because it will help you.

The advantages of being bilingual are numerous. Both from a personal and professional aspect. Moreover, learning a language is just fun, what do you risk? It is certainly a time investment. However you will meet new people, travel in other countries. You will also get more job opportunities or still improve your health. Finally, it would be a win-win situation.