The example of the Japanese author Haruki Murakami.

A sure sign of the international prominence and market value of an author is the shrinking of the time span between the publication of the original and the translations of their books. Many authors who gain great success at home are almost unknown abroad. At the same time, it can happen that authors fallen into oblivion become incredibly popular in a distant country.

The difference of the languages 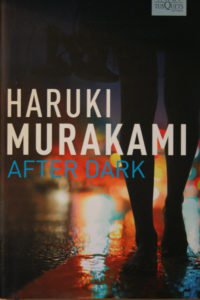 According to translator and Professor Motoyuki Shibata, American fiction becomes an entirely different creature in an alien habitat when presented to Japanese readers. “In the Meiji era, most Japanese read Americans for moral instruction. They wanted to learn about concepts of autonomy and individualism and Christianity. They were not seeking entertainment.” At the same time, many are the differences in the inner structure of different languages. While the Japanese language acquires much of its beauty and strength from indirectness, English is often lauded for its specificity.

The structure of language and culture are often indiscernibly bonded. Differences between peoples are influenced by many factors, the most important being physical distance. Many are the consequences.

A book can be perceived differently from a continent to another

Authors forgotten in their homeland can get great success abroad. The reason often being that they better fit into a foreign culture than into their own. It is the case for some authors who belong to a genre that is not common in their home country. For example, a French manga author would probably have more success in Japan than in France where the manga culture is less developed.

Everything is a matter of opinion, culture and taste. Thankfully we are all different and so each person can experience a book differently.

The meaning of a translation frequently tends to differ slightly 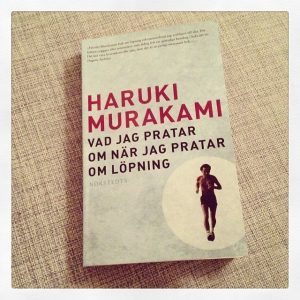 Through a translation, the fixed rules of a language can be broken and reinvented, bringing innovation and originality. Even though conservative people believe that foreign influences are bad and disruptive, this has ever been one of the most important means to keep a language alive.

A number of translators claim that their influence over the works they translate is huge, although unnoticed. When the style of an author is indissolubly bonded with its own language, a translator has the hardest task of keeping the style while changing the structure. The result can vary largely depending on the translator. An attentive reader will more than often notice a change in the translation’s style when reading a new book from a well-known author. Jay Rubin, Alfred Birnbaum and Philip Gabriel have translated most of Murakami’s production. Gabriel stated that even though they often worked in pair, they didn’t try to produce anything unified. When he approached the last part of 1Q84 (which was published as three volumes), the editor had by then decided how to handle certain stylistic points, so he had to go along with them.

The reign of English

When Murakami was first released in the Western world, he sponsored the use of the English version as master text. The reasons for this are not clear yet. The fact that this way his text would have been available to German readers in a shorter time is debateable. He most probably thought that the heavily edited American version was a better start point for any other Occidental translation. Fortunately, the idea that European readers would need a heavy adaptation to be able to appreciate Japanese literature changed with time.

Beware of the misunderstanding! 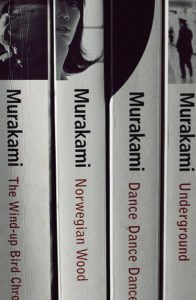 The book translation industry can sometimes lead to great things. When time and circumstances allow it, an intense exchange of information takes place between the two parts. It is not uncommon for author and translator, especially when the latter become the “official translator” of the former, to start a friendship over the years. This is for example the case of another notorious Japanese writer, Banana Yoshimoto, and her Italian translator, Giorgio Amitrano.

If you like to read books from foreign authors, try to pay attention at how they have been translated. You will soon start to notice the way it influences and changes the book!