There have been numerous studies throughout history delving into the possible links between psychology and linguistics. The majority have found psychology and languages to be wholly different entities. Nevertheless, there has been phenomena within languages that have a firm psychological basis. This can also be seen within the cultures of the countries to which these languages belong. The following are some exciting facts worth a read.

In today`s world there around 2,600 languages spoken and about 7,000 individual dialects.The most wide spoken languages are Chinese, English, Spanish and Hindi, in that order. Chinese happens to be the most spoken language in the world. It has just over 50,000 characters. But you would only need to know about 2,000 of those characters to be able to read a newspaper.

Famous American linguists Edward Sapir and Benjamin Lee Whorf came up with the Sapir Whorf Theory. A Mould Theory of Language. The theory is that “languages are forms of collective thoughts moulded together”. This method describes how Human beings do not live in the objective world alone. How they don’t live alone in the world of social activity as sometimes understood. But we are at the mercy of the language which has become the medium of our expression in our society.

In the field of scientific linguistics, there is uncertainty in classifying matters into science and then into languages. Linguistic scientists can’t agree on how broad the term language engulfs. Is it a well defined set or is it every one of them forms of human speech?

The present widening scope of linguistics is the result of a complicated history. As a separately organised discipline which linguistics is, it`s quite young in the English-speaking countries. The Linguistic Society of America was first founded in 1924. The Linguistics Association of Great Britain afterwards in 1965. Almost all of the departments of linguistics appeared only since World War II. Indeed the phrase, “linguistics” only recently displaced “philology” as the accepted name for the study of language. “Linguist” is widely used by laymen for “polyglot” rather than used to referring to a member of a scientific discipline. 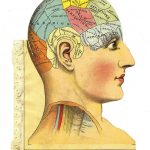 One study of macaque monkeys show links to the idea that languages could have evolved to replace grooming. Also developing as a better way of creating interpersonal bonds. Another theory is that our ancestors started to create language by impersonating natural sounds such as bird calls and animal noises. Another theory is that our human communication could have started with the exclamation of involuntary sounds.

A fascinating theory on language is called Plato’s Problem. Bertrand Russell summarises it as: “How comes it that human beings, whose contacts with the world are brief and personal and limited, are nevertheless able to know as much as they do know?”.Being born with the described knowledge from the beginning would solve this little problem. Consequently, he viewed language as innate.

Famous French philosopher Descartes had a look at linguistic philosophy. In his opinion, the acquisition of language was a simple and easy process, not worthy of his attention. Similar to Plato he believed in the innateness of languages because he theorised it reflected the general rationality of human beings.

The majority of people familiar with Locke’s philosophy have heard of his concept of tabula rasa, the blank slate. To explain it briefly and simply, he says the idea that all knowledge comes from external to ourselves through a sensory experience rather than through our innate knowledge that we have from birth. An idea was that there was an intrinsic to our logic behind language. It was still carried over to the language theory even though it was rejected by Locke.

Language theory powerhouse Noam Chomsky was the creator of a very interesting theory of language. Universal Grammar was a theory that he proposed. It would then assert almost the exact opposite of what Skinner offered in his opinion. Where Skinner said what he saw which was all learning coming from external stimuli, Chomsky saw the innate device for acquisition of language. What Skinner understood to be a type of conditioning according to specific events he understood to be a result of universal elements that structure all languages.